Published December 19, 2012 | By understand contract-law and you win 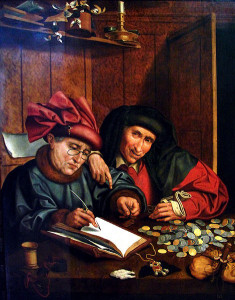 This post seeks to assist regarding issues of settlement. And, as usual the root cause of our issues is our mindset about it. We know that we can make tender of payment, so why don’t you believe that your payment bond can have the same efficacy as a cashier’s check? Most people sign a note when they buy a house…what do we have to do to understand that when we tender a proper payment it can have the efficacy of a cashier’s check?

One of Gordon Hall’s clients once had done a setoff for a Macy’s account and Macy’s kept calling him. Gordon spoke to the Macy’s representative on the phone and asked him, “what would you say if I told you I have already paid and have proof of payment?” And the man said “well let me give you a fax number”. Proof of payment was faxed and Macy’s no longer called the client.

MONEY – in economics, money expresses the term for any instrument used in the resolution of debt – Fiat, credit and commodity money. For example, buying a house on a note is credit money.

If you send a tender of payment and the recipient(s) does not recognize the validity of the instrument but, they don’t send it back to you – would you think that it didn’t work? They accepted the payment and it is now a binding contract.

We want this to sink in – If they do not send back the properly tendered payment then they have accepted it. Gordon Hall says if you don’t fully understand what you’re doing when you do a presentment with a tender of payment, you will not be able to stand under it and hold your contract when it is challenged.

On Gordon Hall’s December 3rd, 2012 Monday night  Talkshoe call called Contracts In Motion he tells us the story of gentlemen who is using a state treasurer to be trustee and to issue payments to a certain person on his behalf every month. He got a letter back regarding the trust basically telling him that the state treasurer would not accept this duty. However, the state treasurer is in a binding contract because they kept the payment/bond sent along with the paperwork appointing the treasurer as trustee to make payments on behalf of the gentleman.

Settlement – Act or process of adjusting or determining; an adjusting; an adjustment between persons concerning their dealing and difficulties; an agreement by which parties having disputed matters between them reach or ascertain what is coming from one to the other; arrangement of difficulties; composure of doubts or differences; determination by agreement; and liquidation.

Settlement – Contracts – Adjustment or liquidation of mutual accounts; the act by which parties who have been dealing together arrange their accounts and strike a balance.  Also full and final payment or discharge of an account.

Acceptance – The taking and receiving of anything in good part, and as it were a tacit agreement to a preceding act, which might have been defeated or avoided if such acceptance had not been made. The act of a person to whom a thing is offered or tendered by another, whereby he receives the thing with the intention of retaining it, such intention being evidenced by a sufficient act. The exercise of power conferred by an offer by performance of some act.

Acceptance – Commercial Paper – Acceptance is the drawee’s signed engagement to honor the draft as presented. It must be written on the draft, and may consist of his signature alone. It becomes operative when completed by delivery or notification. UCC 3-410. Certification of a check is acceptance. UCC 3-411. A draft may be accepted although it has not been signed by the drawer or is otherwise incomplete or is overdue or has been dishonored. UCC 3-410.

Acceptance – Contracts – Compliance by offeree with terms and conditions of offer constitute an “acceptance”. A manifestation of assent to terms thereof  made by offeree in a manner-invited or required by offer. The offeree’s notification or expression to the offeror that he or she agrees to be bound by the terms of the offeror’s proposal. A contract is thereby created. The trend is to allow acceptance by any means that will reasonably notify the offeror of the acceptance.