Published March 23, 2013 | By understand contract-law and you win 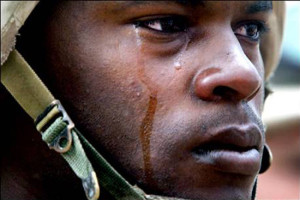 “The armed forces mourned a grim toll in 2012 when more troops took their own lives than died in combat” nbcnews.com 2012

“Mental problems send more men in the U.S. military to the hospital than any other cause, according to a new Pentagon report”. cnn.com 2010

“The rate of suicide among women who have served in the military is triple that of their civilian counterparts.” nytimes.com 2012

Many well meaning men and women of the military are struggling. Their well being is gravely compromised, they are increasingly plagued by suicidal thoughts  and mental illness. As sentient feeling beings its growing harder and harder for military men and women to suppress the hurt, pain and memories of  traumatic experiences playing out in their minds, not letting their being rest. Military men and women …stand up for yourselves, stop fighting these wars for profits for a corporate military of a de facto government, USA Inc.  It is and has been primarily about the money/profits.

As always, none of the information we provide on the site is to be construed as legal advice. That said, if you want out of what seems to be an increasingly hellish existence, consider doing so by contracting your way out.  Do you recall signing a contract and taking an oath when you entered into the military? By these acts and deeds you entered into a contract which created a legal obligation for you to perform according to the terms of that contract. 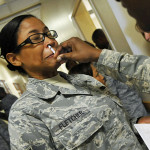 Did you read the contract, do you know what you signed up for?  Recently in 2012 the Army administered Anti-Suicide Nasal Spray to soldiers. Who cares about your mental, physical and emotional well being, your a product on the conveyer belt of the war profit machine and they must keep you fighting. If your a soldier you gotta buck up and take it up the nose. But if you want out, if your at your wits end and simply will not subject yourself to this abuse any longer know that it’s never too late and that it is entirely possible for you!

How to Get Out of the Military :

Here are some law maxims and added commentary to help put it in perspective:

It is natural for a thing to be unbound in the same way in which it was bound.

Everything is dissolved by the same means by which it is put together..

No one is bound to an impossibility.

You can change your mind. This is something that we all have the power to do. To make a new and different choice for ourselves…as it is bound so it is unbound. We are not stuck. We are not victims.

They are not considered to consent who commit a mistake

Consider including in your private administrative process a letter or Notice of Mistake. Right? You realized you made a mistake, this is not for you, it’s damaging to your well being all around and not in alignment with who you are now and you are a making a choice that suits you better. You didn’t consent, you thought it was something it wasn’t, you committed a Mistake of fact (A mistake of fact occurs when a person believes that a condition or event exists when it does not). You thought you would be spreading freedom and enjoying your military career, defending a true government and nation of people, not a de facto corporate government for which US Citizens are likened to its employees and subject to the laws, statutes, codes, rules, regulations etc. of US Inc some of which allow testing of biological weapons on the civilian population like public law 105-85. Still wanna be a US Citizen?

The law will always give a remedy.

Choose that you will have remedy. Establish a binding contract/agreement complete with your terms – whatever stipulation(s) you decide upon and create for yourself goes into your contract. Establish your contract through proper private administrative process which includes and is not limited to; Notary witnessing/presentments, Notices, Notices of Fault and Opportunity to Cure, Notice of Default Judgment/Dishonor, Notary Certificates of Service or Affidavits of Service and Non- Response (proof of service).

Every one may renounce or relinquish a right introduced for his own benefit.

It’s likely that your right to serve in the military is considered by US Inc as a benefit to you as a corporate employee.  As master of your own destiny, captain of your own ship, you have the power to relinquish anything about your life and yourself that you see fit at any time you see fit.