IMPAIRING THE OBLIGATION OF CONTRACTS

IMPAIRING THE OBLIGATION OF CONTRACTS. 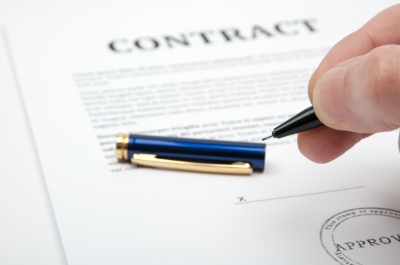 The Constitution of the United States, art. 1, s. 9, cl. 1, declares that no state shall “pass any bill of attainder, ex post facto law, or law impairing the obligation of contracts.”

2. Contracts, when considered in relation to their effects, are executed, that is, by transfer of the possession of the thing contracted for; or they are executory, which gives only a right of action for the subject of the contract. Contracts are also express or implied. The constitution makes no distinction between one class of contracts and the other. 6 Cranch, 135; 7 Cranch, 164.

3. The obligation of a contract here spoken of is a legal, not a mere moral obligation; it is the law which binds the party to perform his undertaking. The obligation does not inhere or subsist in the contract itself, proprio vigore, but in the law applicable to the contract. 4 Wheat. R. 197; 12 Wheat. R. 318; and. this law is not the universal law of nations, but it is the law of the state where the contract is made. 12 Wheat. R. 213. Any law which enlarges, abridges, or in any manner changes the intention of the parties, resulting from the stipulations in the contract, necessarily impairs it. 12 Wheat. 256; Id. 327; 3 Wash. C. C. Rep. 319; 8 Wheat. 84; 4 Wheat. 197.