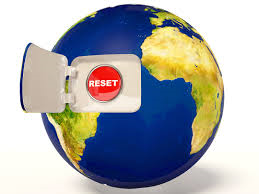 he Global Currency Reset is the absolute, biggest transfer of wealth in the history of the planet.

Another major transfer of wealth was during the Great Depression. Many people became wealthy while many lost everything.

This Global Currency Reset has been in the works for an indefinite amount of time… it is said that the linchpin for this is the revaluation of the Iraqi Dinar, however, many believe this reset has been hundreds of years in the making.

What are the reasons for a global currency reset, and how will it be supported?

The most obvious reason for a global currency reset is the huge imbalance throughout the world’s economies. There are countries, such as Iraq and Vietnam that have immense amounts of valuable natural resources and yet their currencies are worth less than hundreths of a penny.  This leads to the next reason for the global currency reset. Over the last couple years, the entire world has slowly moved toward complying with new regulations, called Basel III.  One of the highlights of these regulations is that all currencies the international banks deal with will have to be asset backed. So, in other words, every country will have its currency valued in real-time based on its resources. The resources considered in the valuation of a country’s currency will be gold,  silver, crude oil,  natural gas, diamond mines, etc…

One of the most common explanations of where the global currency reset comes from is the Saint Germain Trust. According to this legend, St. Germain, during one of his incarnations, figured out the secrets of alchemy and was able to create precious metals and gemstones at will. He apparently amassed huge amounts of gold and gemstones that are hidden away somewhere, waiting to be released to the people of earth. This story is very far-fetched, however; wasn’t the idea that the government was using us as collateral to borrow ridiculous amounts of money far-fetched as well?

There are a couple of other programs one can study to learn more about the global currency reset.

The number of people following Nesara has grown incredibly over the last ten years. It all started just over ten years ago, when a group of farmers got together and filed a class action lawsuit against the UNITED STATES department of agriculture. Nesara law was the remedy to this lawsuit. However, it has yet to be enacted. There are many who believe that when Nesara law becomes effective, the entire UNITED STATES corporation will be dismantled, along with all public offices that are currently being held by people with special titles (such as esquire, if they’re an attorney). Nesara law also says that all the people of America will be awarded some amount money as a compensation for all the abuse done to the people by the UNITED STATES federal government.

The other program is the prosperity programs. There seems to be very little information available for this. But, it seems these prosperity programs will be funded by the St. Germain trust.  These programs are supposedly going to be handing out very large amounts of money to each person on earth and will change the face of the planet forever. Of course, all of this would happen after the playing field has been leveled out by the global currency reset.

It is obvious that currency plays are very speculative, and there are no guarantees that any of this information will play out the way we think it will. And as much as we want to believe that there is a group out there somewhere fighting for the little people, and that they will eventually restore the republic our founding fathers intended; there is no denying that we each have to do our own part in this journey towards freedom. We each must do our own due diligence and figure out what’s really going on in this world, and how does our economy and government really function. We have to figure out how we became entangled in this mess, so that we may eventually rise above it and be part of the solution. 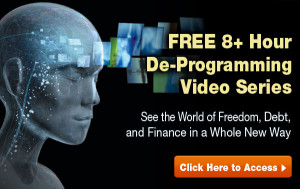 Be sure to check out our great de-programming video series. It contains over 8 hours of information to help you get started on your journey towards knowledge and freedom! Also, be sure to join our email list to stay updated on our latest research.