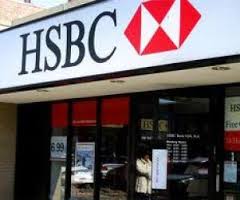 By Kathryn Schroeder, Sat, January 25, 2014
If you want to withdraw large amounts of cash from HSBC, you better be prepared to provide evidence as to why you need the money.

BBC News reports that listeners of Radio 4’s Money Box have said they were stopped from withdrawing money ranging in amounts from $8,000 to $16,000.

One customer, Stephen Cotton, wanted to withdraw $11,500 to pay back a loan to his mother.

“When we presented them with the withdrawal slip, they declined to give us the money because we could not provide them with a satisfactory explanation for what the money was for. They wanted a letter from the person involved,” Cotton said to Money Box, per Huffington Post UK.

Cotton then tried to negotiate, so to speak, with HSBC. Eventually they settled on an amount he could take out.

When Cotton asked if he could return later that day to withdraw more money, he was told he could not do the same thing twice in one day, reports BBC News.

The change in policy by HSBC had not been reported to customers, but was implemented in November 2013.