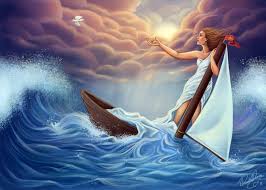 What is admiralty law? Admiralty law is the law of the sea and banking law is international maritime law. Maritime admiralty law was originally for the purpose of governing ships that were importing and exporting products abroad.

Maritime admiralty law does not deal with civil affairs; it’s supposed to deal only with banking or merchant transactions.

So, when a ship arrives at a foreign dock, its merchandise is taken off the ship and unto the land. Of course there has to be a way to transfer custody of the merchandise, so a certificate is issued to account for each product. The certificate would state on its face the “berth date” of the products into the custody of the nation taking ownership.

Does any of this sound familiar yet? This brings to mind the birth certificate. So, why exactly is it required for all babies born to have a certificate of live birth? If certificates can establish ownership of something, then who exactly owns us?

It is said that when we are born, and have had a birth certificate application filed, our vessel (flesh and blood body) is considered lost at sea. For this reason, a trust is created in our name, and we are the beneficiary of that trust. As the beneficiary, we do not get to choose what happens with the trust or the estate within the trust. The executor or trustee decides for us what benefits we get from the trust. This trust is actually a private international trust, and there is no need for its existence to be divulged to the beneficiary. This trust is actually also never “expressed”; it is 100% constructive. Which means that when you’re in court, the judge can “construe” the trust however he/she chooses to be for their benefit. Usually, they make you the trustee, which makes you liable for whatever the trust(strawman) did wrong since the trustee is always a slave to the trust.

So, back to the birth certificate… It has been proven that the birth certificate is a bond. And as such, financial instruments are created from it and traded on the stock markets. The proceeds of these transactions go into the estate of the “private international trust” that the you are unaware even exists. So there is all this “money” being made off of all of us.

This all began in 1910 when a group of 6 bankers and economic policy-makers held a secret meeting at Jeckyll Island(you can read all about this in The Creature From Jeckyll Island). These 6 men represented the wealthiest and most elite people’s interests. The purpose of this meeting was to figure out a way to trick the American people into allowing a central bank into the country(there were several central banks before this that were taken down by the people). Then in 1913 the Federal Reserve Act was signed into effect by President Wilson. This was recounted in 1916 by B.C. Forbes, the founder of Forbes magazine. It was this act that put us into Maritime Admiralty law.

A few years later, in 1921, the Sheppard-Towner Maternity Act was passed by Congress. This Maternity Act forced all birth to be registered with the state under the excuse that it was for health benefits for the people. This leads us up to 1933 when the government took away all the gold and silver with HJR192 and switched the country over to using Federal Reserve Notes(these are the dollars we use today).  1933 was also the year in which the government went bankrupt, again. So what exactly happened?

This whole process switched the country from common law, to maritime admiralty law because we were no longer allowed to pay for anything with real money(gold or silver).

We now walk around exchanging negotiable instruments, which is done only in maritime admiralty law.

So what does this mean for us? It means we can never actually fully own anything (allodial title) because we have no money of substance to pay with. We are only able to pay with promissory notes, which are either in the form of a promissory note(such as when you sign a note to purchase a house) or in the form of Federal Reserve Notes. What this also means for us is that since we can never legally pay with money of substance, the government is actually obligated to discharge any debts we may incur(HJR192). The tricky part, is figuring out how to access this holy grail of administrative processes. You can’t write out a promise to pay on a napkin and hand it to the bank, making the treasury the drawee, and think that you’re going to walk away unscathed. There is definitely more to it than that. 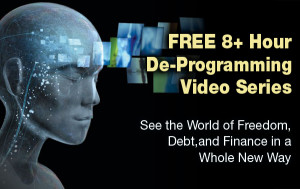 Unfortunately, there is no one admiralty and maritime law guide, but if you would like to learn more about our leading edge research on How to Escape Maritime Admiralty law and join us in the journey of opting out and becoming free, we invite you to Watch our Free 8 Hour Video Deprogramming series and to join our email list for announcements of upcoming free webinars.
Or, check out our overview on the Private Administrative Process for Discharging Debt, Court Cases, Mortgages, and more.