Who is David Icke?

David Icke is probably one of the most famous people exposing the matrix we all live in to those of us who choose to take the red pill. He discusses everything from extraterrestrials to historical events, from inter-dimensional beings to the current 3 dimensional illusion we call reality.

A big part of what he talks about is the Reptilians, which are a race of extraterrestrials, who modified their own genetic make up and figured out how to incarnate on Earth and recycle through the 4th dimension in between incarnations, so they could keep coming back quickly without going to through the learning process that is supposed to take place in between lives in the 5th dimension.

David Icke, in his many videos, explains how the most elite people on Earth, such as the Bushes, Rothschilds, Rockefellers, etc… are actually the bloodlines of this Reptilian race that are holding humanity in slavery.

He says the Reptilians feed off of the low vibration energy emitted by humans when we are in a negative emotional state, especially when we are in fear.

It is very interesting to learn about David Icke’s theory that all the elite of the world are of Reptilian bloodlines, because they are doing exactly what needs to be done in order to hold the human population in absolute fear, which is what Reptilians feed off of.

David Icke has made it his life mission to expose all of the history of our planet and the hidden agendas of the world’s elite.

What exactly is going on that we don’t know about?

Well, for starters, everyone who has a birth certificate is a slave to the financial system that pertains to the government of the country of origin. The government has pledged us as surety to back the trillions and trillions of dollars they are borrowing from the Federal Reserve.

The income taxes we pay yearly from our hard earned labor, don’t even go towards the running of the Federal government for our benefit. Our taxes go to pay the interest of the enormous debt the government owes to the Federal Reserve. Keep in mind, the Federal Reserve Bank is a private corporation that is ultimately owned by the most elite families of the world. So, not only are we being held liable for a debt we did not incur, we are also held in perpetual fear of the consequences we will suffer if we do not comply with the rules and regulations set forth by this shadow government known as the UNITED STATES.

The birth certificate is the biggest way that we’ve given up title to our own bodies, but it is not the only way in which we’ve entangled ourselves in this matrix. There are several adhesion contracts that bind us to follow the rules of the UNITED STATES CORPORATION. Examples of these contracts are: driver’s license, voter’s registration card, social security card, w-4’s, and many others. We must begin to understand how and why we’ve given up our sovereignty and our rights through these adhesion contracts IF we want to stand a chance at liberating ourselves and regaining control of our own destiny. 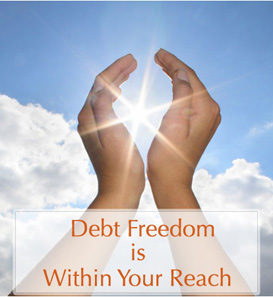 Once, we begin to understand all the ways in which we are in bed with the corporation of the UNITED STATES, then we can begin to unwind and undo each adhesion contract one by one, until, one day all ties are broken and we can be free again. We are also given remedies like in HJR 192 that can have all our debts discharged by the government because they have made billions on our birth certificate when it was pledged as collateral for the national debt. Technically, everything is prepaid because the government got paid when they swiped your BC when you were born.

To learn more about the strawman, sovereignty and how to change your life with this information, be sure to download our awesome, FREE de-programming video series by clicking here. Also join our email list to receive regular updates of our research and processes.