Published June 10, 2013 | By understand contract-law and you win 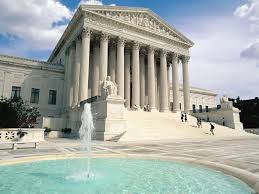 Page 201 U.S. 74 and 75, “…we are of the opinion that there is a clear distinction in this particular between an individual and a corporation, and that the latter has no right to refuse to submit its books and papers for an examination at the suit of the State. The individual may stand upon his constitutional rights as a citizen. He is entitled to carry on his private business in his own way. His power to contract is unlimited.

He owes no duty to the State or to his neighbors to divulge his business, or to open his doors to an investigation, so far as it may tend to criminate him. He owes no such duty to the State, since he receives nothing therefrom beyond the protection of his life and property. His rights are such as existed by the law of the land long antecedent to the organization of the State, and can only be taken from him by due process of law, and in accordance with the Constitution. Among his rights are a refusal to incriminate himself and the immunity of himself and his property from arrest or seizure except under a warrant of the law. He owes nothing to the public so long as he does not trespass upon their rights.

Upon the other hand, the corporation is a creature of the State. It is presumed to be incorporated for the benefit of the public. It receives certain special privileges and franchises, and holds them subject to the laws of the State and the limitations of its charter. Its powers are limited by law. It can make no contract not authorized by its charter. Its rights to act as a corporation are only preserved to it so long as it obeys the laws of its creation. There is a reserved right in the legislature to investigate its contracts and find out whether it has exceeded its powers.

It would be a strange anomaly to hold that a State, having chartered a corporation to make use of certain franchises, could not, in the exercise of its sovereignty, inquire how these franchises had been employed, and whether they had been abused, and demand the production of the corporate books and papers for that purpose….While an individual may lawfully refuse to answer incriminating questions unless protected by an immunity statute, it does not follow that a corporation, vested with special privileges and franchises, may refuse to show its hand when charged with an abuse of such privileges.”

Without realizing it, we’ve been acting as corporate franchisees of the State whereby our existence as the Registered Person (all capital letter, DBA name) is derived from a fiction called the State and placing us subject to the limitations and statutes of the State. This Registered Person’s (government issued birth certificate entity) right to exist is preserved as long as it obeys the laws (statutes, rules, regulations, codes, ordinances etc.) of its creation i.e. the State. This Registered Person cannot stand upon any constitutional rights as it has none, other than what the State might grant to it.

We, by the very virtue of being born in any one of the now 50 States-United, can stand upon constitutional rights as our rights are derived from Life, from the Creator or God, and they are in no way given to us by any other man or fiction outside of us. In Hale vs Henkel, the Supreme Court makes a distinction between the Individual/citizen and the corporation. If we look at a day in the life of each one, we can ask ourselves, which role have we been playing, what have we been acting as? Have we been acting like a corporation or an Individual/citizen as is described in Hale vs Henkel? The fact that there is a difference and a distinction between the rights and freedoms of the two means we have choices about how we can live. If we’ve been acting like the corporation we can recognize the alternatives before us and choose something else…something that is in alignment with who we are now and who we are becoming.