Status, Standing and You

Published January 3, 2013 | By understand contract-law and you win 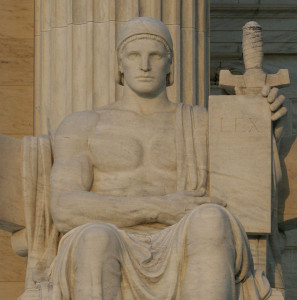 When operating in commerce we’re always operating under a name, titles and interests. Everything in the United States is dead as the United States is a corporation. The legal entity/person/strawman that lives in the United States is dead. This strawman has no energy of its own with which to setoff debt or perform an obligation, it cannot even bear its own signature as it needs someone alive to perform these acts for it. If we believe we are this entity and act as if we are this entity then by our conduct it is presumed we are the entity and thus subject to all obligations and liabilities assumed arisen from contracts entered into knowingly or unknowingly by the entity.  The strawman has no control in the matters regarding itself and like a subject/slave will be ordered about what to do and how the matter will be resolved which normally includes fines, penalties, probation or jail depending on what the situation is.

So if this is no longer working for you and you are seeking a way out of this matrix, a light at the end of the tunnel as it is said, then you might consider being in control of the situation instead of a slave to it. Being in control is essential. For starters, what is key is to move oneself from the public to the private, from beneficiary in public to trustee in private, so that you are in control of the case otherwise they are in control of the case because by your actions and conduct you are presumed to be an incompetent debtor/slave/subject. Ouch, but this is just the way it is, it has to do with one’s status or standing before the ‘law’.

Status – Standing; state or condition; social position. The legal relation of individual to rest of the community. The rights, duties, capacities and incapacities which determine a person to a given class.

With practice, application and study we can play trustee in control so that when we dictate terms of the settlement we can make it stick as we’ve used our asset account. We are responsible for settling the case. As an accommodation party our status is non domestic. The venue where this party lives is a foreign entity to the United States, foreign the jurisdiction of the US. The accommodation party is a living party without the US –  that’s the capacity we are appearing in. We are acting in the capacity of trustee of the original trust.