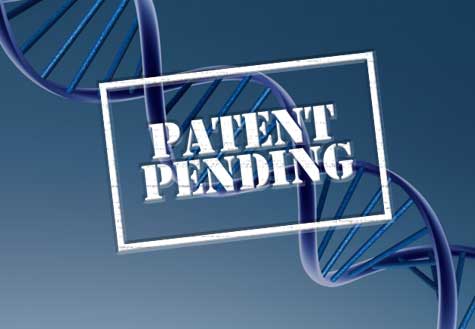 US government claims ownership over your DNA – see below for an excerpt from the recent article published by Natural News and commentary from UCLAYW below.

US government claims 100% ownership over all your DNA and reproductive rights, genetic slavery is already here. (NaturalNews) This astonishing revelation has emerged from the fact that the U.S. Patent and Trademark Office claims the power to assign ownership of your DNA to private companies and universities who apply for patents on your genes…To date, more than 4,000 genes have been assigned ownership to corporations and universities by the U.S. patent office. Such an assignment of ownership proves that the government believes it owns 100% of all human genes – you cannot transfer ownership unless you first own it yourself. …Although you have never agreed to sell your body to a corporation, a multitude of corporations now claim ownership over every cell in your body…That ownership makes you a slave to their patent demands, and patent “troll” lawyers are some of the most vicious, blood-sucking demons on the planet who will threaten to drag you into a million-dollar court proceeding if you don’t pay them money. Right now, at this very minute, dozens of corporations can lay claim to your body, and those claims will be 100% upheld in the U.S. court system.”

Let’s break this down even further. How is it that the US government can have these claims be held up in the court system of today? Well, the answers to that will sting a bit. We volunteered for it. Through voluntary acts like applying for a Birth Certificate, a Marriage License, a Social Security number, a driver’s license and more we’ve agreed to be governed by the statutes, codes and regulations of the corporation, United States.

In fact, we’ve granted our inherent unalienable Rights to this de facto government in exchange for the state granting us benefits and privileges…what were inherent Rights, the well established Rights under the natural laws of the Creator and the organic laws of the land have been  morphed into benefits and privileges that can be granted to you and taken away from you and you asked for it by applying for it voluntarily. The matrix will attempt to compel us to volunteer with phrases like “you must do this or that or else”…but the truth, the fact…it’s all voluntary.  In addition, US citizens are surety for the debts of the corporation – because it’s bankrupt it’s gone so far as to pledge its citizens, US citizens as collateral (like property) for loans from international financiers.  That’s the tax payer. Surety, collateral, the US Person/Citizen.

When one registers the birth of a newly born child via a Birth Certificate, the state assumes controlling interest/legal title over the property i.e. the child. A trust is formed, you the grantor have entrusted the Rights to controlling your child to the state. The state issued you a certificate of beneficial interest in the property, the living child. Now the state can mandatorily vaccinate the child, harass you and the children if your children aren’t complying as prescribed in the school systems, child protection services can come in and take the child from you. This is all possible because you’ve voluntarily contracted with the government and granted permission to the state to control the child.

It is a startling realization that helps us comprehend why things are the way they are.  Marriage certificates grant this same control to the state. The legal personas of two individuals are joining, it can be likened to two corporations joining into one corporation and contracting with the state as a third party controller/overseer of the marriage agreement/contract. Any property obtained after the Marriage (including children) are the property of the state, the state holds legal title to to the marriage trust/contract as well.

So with all this in mind, it is clear why the U.S. Patent office assigns Rights to DNA to private companies and universities…they have a legal right to do so if the DNA is the DNA of a citizen of the United States. The people have granted this right by entering into the many variations of contracts with the governing corporations.  Giving up our inherent rights has to do with our commercial behavior. Bank accounts, driver’s licenses, application and use of a Social Security number and more, entangles one with the foreign, corporate United States de facto federal government.  These are all contracts.

However, there are ways to disengage from these entanglements and put blockages and protections in place to protect you and your children, to protect your Rights to your DNA and your Rights across the board. Our team here at Understand Contract Law And You Win can help you achieve these goals.

Read the rest of Mike’s Blog from Natural News at this link: http://www.naturalnews.com/040400_gene_patents_genetic_slavery_human_DNA.html